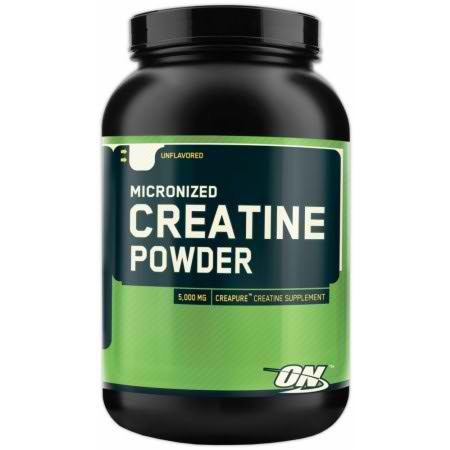 Creatine has long been the hottest supplement for bodybuilders and various other athletes to use. But, what exactly is creatine, is it natural, and, are there any harmful effects from using it?

Well, first of you should know that creatine is in fact naturally occurring, and our bodies manufacture their own stores of creatine utilizing the foods that we eat. However, many have found that their goals can be achieved much quicker by supplementing with additional creatine.

What creatine does, in fact, is help the body to produce adenosine triphosphate, or ATP for short. Probably the most popular myth about creatine is that it is in fact, in itself, energy.

Not so. Creatine bolsters’ the body’s ATP which acts, if you like, as a very efficient conduit for the body’s existing nutrients and energy stores to reach the areas in which they are most needed.

The effects of creatine use are, therefore, increased stamina, strength, and also improved recuperative ability, which are all areas of utmost importance for any athlete serious about improving their performance or body.

While creatine may well be a ‘can’t-do-without supplement’ these days, it’s not without its baggage: mostly in the form of unsubstantiated claims, misinformation, and outright myths.

Another of the biggest myths about creatine still being perpetuated is that it is no different to steroids, and using it is in fact cheating.

If you ever hear anybody say this, I suggest you immediately knock them out, tie their hands, tape their crap-talking mouth closed and put them in the trunk of your car. Drive them to your house, tape them to your chair at the desk of your PC and force them to read what creatine really is.

Creatine is not a hormone. Steroids are synthetically produced testosterone. Steroids are widely known for their negative effects on the user, such as acne, testicle shrinkage, hair loss, mood swings, and impotence. I can guarantee you that creatine has no such harmful side effects whatsoever, and is perfectly safe to use in the recommended dosages.

Think about it: creatine use is not illegal under federal law, nor is it banned under any sporting regulations, and with the clampdown on dopers these days, if creatine was deemed anything close to a steroid or ‘cheat substance’, it’d be banned outright.