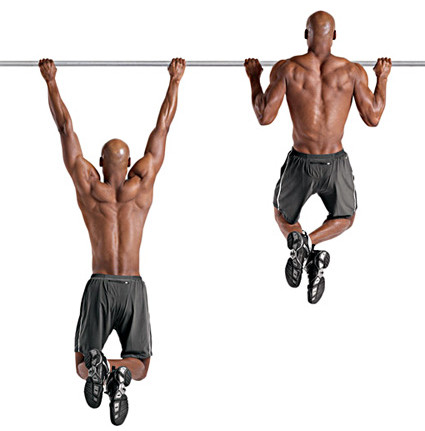 Do you know what weights are? (Ok, they are chunks of heavy metal of variable weight used to build muscle.) But that’s not what I meant. What I mean is why do people who want to build muscle use weights?

The answer is: they are simply the most efficient and effective method of building muscle because they make adding progressive resistance easy. There is no getting around this fact – if there existed any other method more effective and efficient, bodybuilders wouldn’t be seen with a weight in their hand.

While weights are certainly king, you don’t need weights to build muscle. No matter your reasons for choosing to build muscle without weights, rest assured, it can still be done – it’s just far more limited and difficult.

First let me explain why it’s limited. It’s limited because, in order to build muscle mass, you need to progressively add resistance. If you were performing the bench press, you take a small plate off, add a bigger plate and that’s it. What about performing push ups… all you can do is switch to one handed push ups, or wear a back pack with progressively heavier items in it, or a combination of the two.

There has to come a point where it’s simply not efficient to use bodyweight exercises to build muscle, and you’ll need to progress to weights.

What about another exercise, such as squats…

Also, squats are an exercise that can be performed (and will be effective for the under-trained) without additional weight. But after a very short time, it comes time to add weight. Then what… a backpack with books, squatting holding a chair above ones head?

Don’t simply choose to build muscle without weights for the sake of it – you are making your job far more difficult. But if it’s a funds or a space thing, you’ve just got to make the best of what you have at your disposal.

My advice is this: If you can afford weights, and have the space – don’t mess around, buy them. If you can never afford weights and will never go to the gym, then check out bodybuilding exercises performed with weights and figure how you can mimic the movements with household items. And finally, if you can’t afford weights now but are eager to start, then again, bodyweight exercises will be a good primer before moving on to the more efficient ways of progressive resistance training.